I discovered the long-lost Ufa film script for Ritter's LEGION CONDOR in June 2018 in a Berlin Antiquariat bookstore and have written a 244 page book on the film, including an English translation of the entire film script, PLUS I found 12 unpublished press photographs of the film which was abandoned on 25 August 1939 thanks to the von Ribbentrop-Molotov Pact, after 15 days of filing at Ufa Babelsberg.

The film was meant to be the sequel to Ritter's POUR LE MÈRITE film, with the same film leads of Paul Hartmann, Albert Hehn, Fritz Kampers, Willy Rose, Casta Löck, and others. An amazing anti–Red film re-discovered!!! The last "missing link" to the German film productions about the Spanish Civil War!! 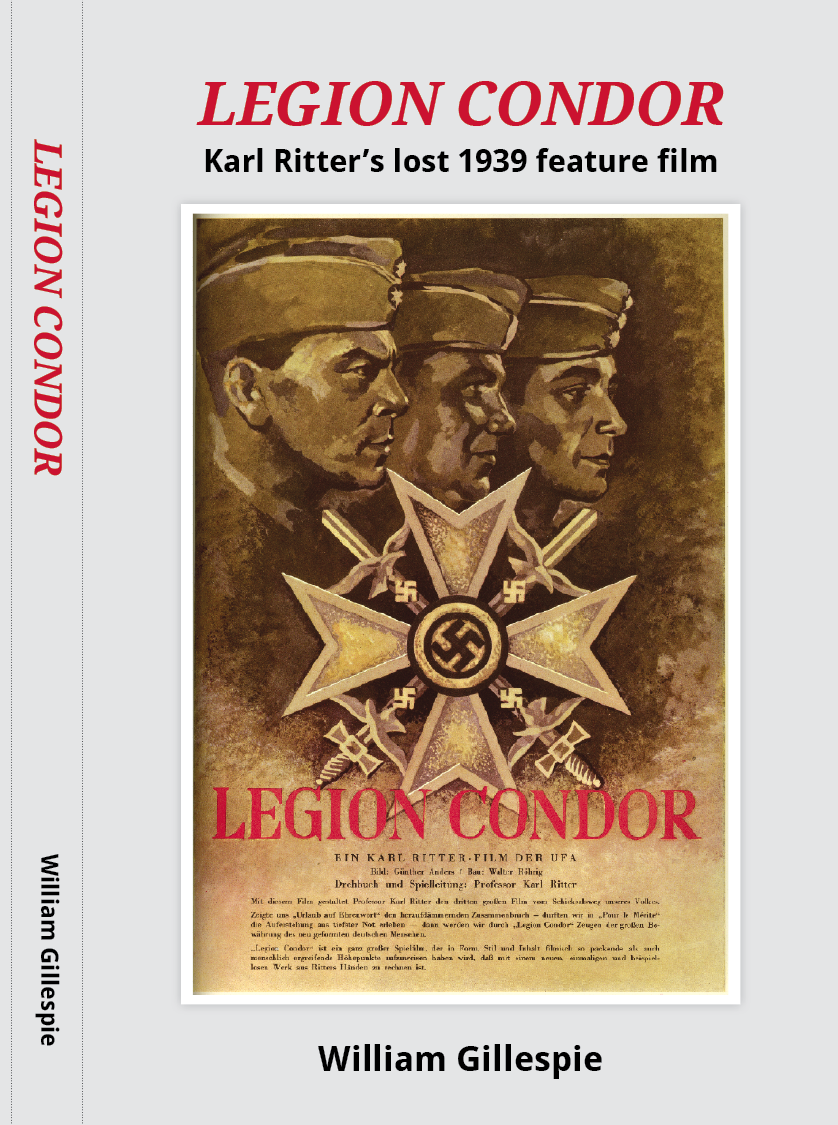